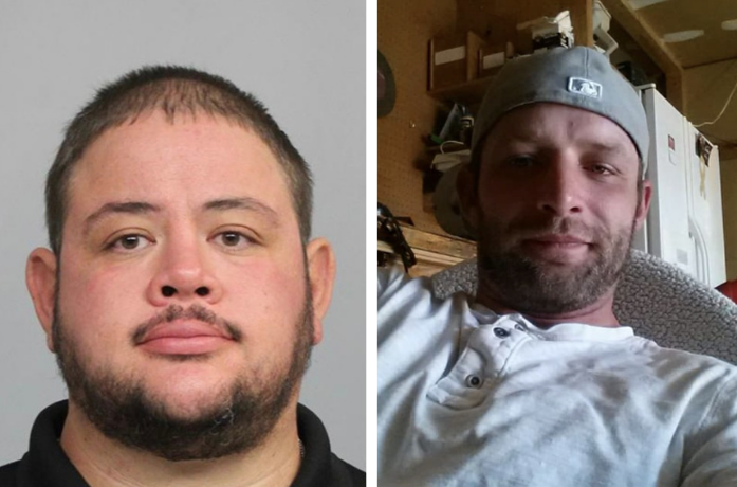 Arguments between friends are something ordinary that happens often for different kinds of staff, but when an argument is alcohol-fueled it might go sideways. That exactly happened between two friends and their particular drunken argument ended up fatal for one of them.

According to police reports, the 40-year-old J. Marquez is accused for murdering his friend and dumping the body in non-residential area following an argument they had in front of a bar in the early morning hours last June.

The victim, identified as the 36-year-old Ryan, has been missing since late June until his body was discovered on August 30th.

The incident happened in Wyoming and the locals couldn’t believe the whole story since they knew that the suspect and the victim were very close friends for years. As soon as Ryan’s body was discovered, the suspect was arrested over second-degree-murder charge and jailed on $500,00 cash only bond.

An Assistant Natrona County District Attorney called Ryan’s murder “brutal and gruesome” and pleaded with the court for $1 million cash bail. In response, defense attorney noted that his client has no previous violent crimes on his record, that he owns property in the county, and that he has several family members who live in the community, according to OilCity.

According to court records, Ryan’s family reported him missing on June 26th after they didn’t hear from him for two days since June 24th. The one that reported Ryan missing was his mother who meanwhile reached a few of his friends and family relatives who also denied any contact with him for some time.

Some of his friends and his two minor children said to police that Ryan planned a trip to Denver, Colorado those days when he went missing. Despite all the efforts, no one could locate and find Ryan back in June.

The investigation about his disappearance continued over the next period and authorities were finally able to locate his dead body on August 30th. Since his body was decomposed, the authorities confirmed his identity the next day following an autopsy.

“The Casper Police Department, with the assistance of the Natrona County Sheriff’s Office, has recovered the body of local resident Ryan Schroeder in rural Natrona County and is investigating his death as a homicide,” police said in a press release at the time of the discovery.

“The body, discovered in rural Natrona County, was located after a nearly two-month investigation into the disappearance of Schroeder.”

The autopsy showed that Ryan was stabbed 25 times in his upper chest and upper back regions, something that was also confirmed by his damaged shirt. According to the doctors who conducted the autopsy, multiple stab wounds had penetrated the victim’s rib and sternum.

Detectives obtained suspect’s call records which showed that the victim had 67 calls with the suspect during June. The last phone call Ryan ever had, the affidavit claims, was with Marquez. The defendant allegedly told police that Ryan texted him asking to hang out while he was in Denver but insisted those plans never came to fruition. Marquez also said that he hadn’t heard from the dead man since leaving Denver.

However, a several witnesses denied his claims since they informed the police that both the suspect and victim were seen in a local bar on June 25th apparently drunk. When they decided to leave the bar in the early morning hours, they started an argument at the parking and that multiple witnesses confirmed that event since they looked like “an old married couple” on the night in question.

Authorities obtained a search warrant for Marquez’s vehicle which was being kept in a storage facility at the time. Detectives claim to have come across a bloody scene inside the car. Tell-tale splashes of red were found on the driver’s side window, the front windshield, on and surrounding the front passenger seat, the driver’s seat and the car’s center console, police say. A bottle of window cleaner was also allegedly found inside the car with streaks still lingering on the passenger’s side window.

That was enough for the deputies to connect the dots and arrest Marquez. The investigation showed that the blood found in his car belonged to Ryan and that was more than enough evidence to charge him. The suspect was jailed on a $500,000 cash only bond.

Parent forgets to drop off 20-month-old twin babies at day care and leaves them locked in the vehicle, finds them dead after nine hours