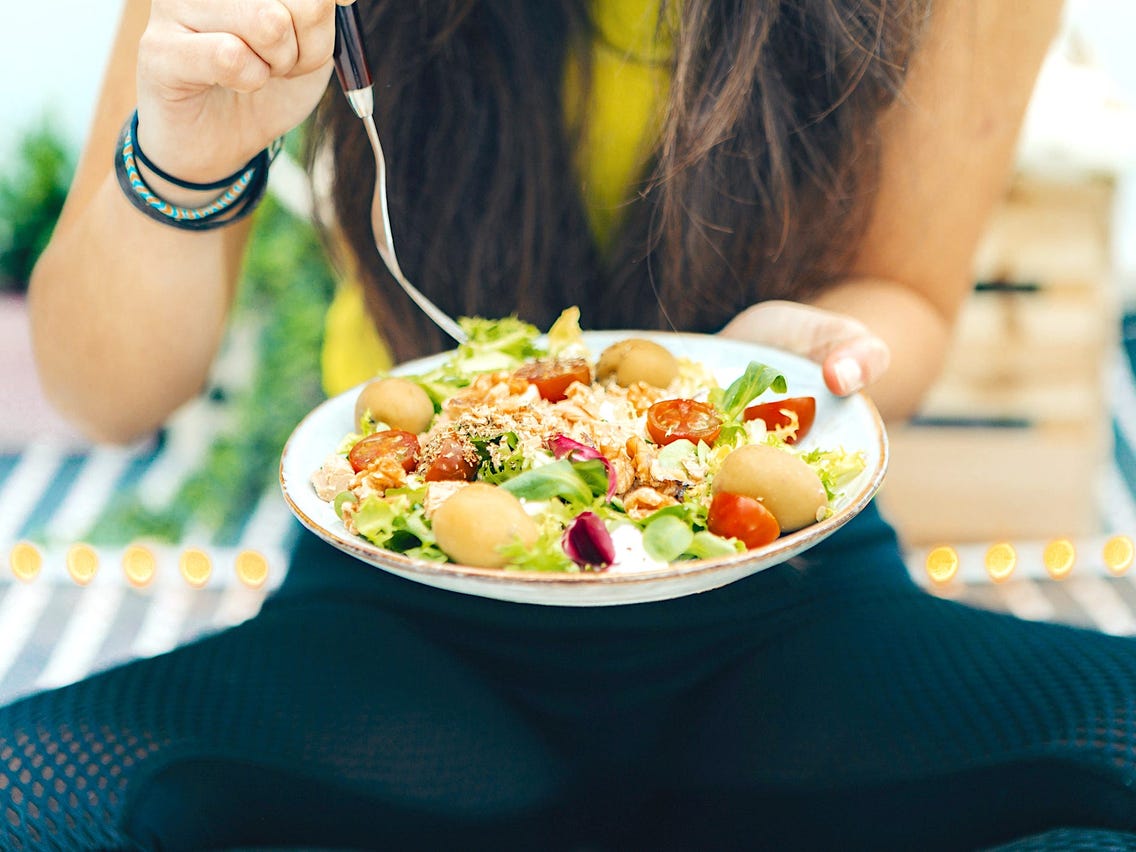 The Mediterranean diet may be investigated as a possible treatment for polycystic ovary syndrome after mice with PCOS-like features of the condition were found to benefit from a similar diet.

Mice with induced polycystic ovary syndrome (PCOS) that ate a particular dietary balance of carbohydrates, fats and protein were able to ovulate again, giving researchers new insight into potential new treatments for the condition in humans.

In a study published in Nature Communications, researchers from UNSW Sydney, University of Sydney’s Charles Perkin Centre and ANZAC Research Institute say it is the first time that dysfunctional reproductive function in mice with induced PCOS has been shown to be restored with diet alone.

UNSW Adjunct Associate Professor Kirsty Walters, who led this research, was surprised to find that a ratio of low protein, medium carbohydrate and fat appeared to reverse the effect of PCOS on the reproductive health of a subset of female mice with PCOS features. Encouragingly, this dietary ratio falls within the range known as a Mediterranean diet.

This is an exciting result because it has the potential to restore ovulation in women suffering from PCOS without the use of drugs.”

She says at present, general healthy lifestyle behaviors for women with PCOS are recommended to reduce the severity of the symptoms – which often includes weight gain – but these new findings provide evidence for specific dietary interventions as a promising strategy for the treatment of PCOS, especially reproductive traits.

“Although we will need to test the effects of this diet on women with PCOS in future studies, I think our latest research is a stepping stone towards what diets we should explore further,” Adjunct A/Prof. Walters says.

PCOS is an endocrine disorder that affects more than 10 per cent of women worldwide, with symptoms including irregular or absent menstrual cycles, weight gain, and high levels of androgens (hormones typically found in higher quantities in men, such as testosterone).

It is a condition often associated with an inability to conceive, and while there are medical interventions that can assist in overriding this ailment, there is no cure and the cause remains unknown.

Lead postdoctoral researcher Dr Valentina Rodriguez Paris says because of the excess weight gain observed in 30-75 per cent of all women with PCOS, dietary intervention and exercise is a recommended first line treatment to reduce the severity of the symptoms, but the optimal diet has yet to be defined.

Today, what is advocated for women with PCOS is lifestyle modification – having a healthy diet and doing exercise, but there is still no specific guideline on what the optimal diet should be. International guidelines suggest a 5 to 10 per cent weight loss will help ameliorate PCOS symptoms. But there has been limited research so far on what the specific balance of macronutrients should be, which is what we were looking at in our research.”

The research, which was carried out at UNSW Sydney and ANZAC Research Institute, involved giving mice – which had been treated with slow-release dihydrotestosterone (DHT) pellets to produce PCOS-like traits – 10 different diets with different mixes of macronutrients.

Dr Rodriguez Paris says the cohort of mice that showed signs of ovulating again had responded to a diet that has potentially important implications for humans.

“What we found exciting was that where we did see the rescue of ovulation, the ratios of protein, carbs and fats were similar to what is found in a traditional Mediterranean diet,” she says.

“So I think this is a really strong indication that a Mediterranean diet should be explored further in human studies.”

Co-author Dr Samantha Solon-Biet, from University of Sydney’s Charles Perkins Centre, Faculty of Medicine and Health, says another interesting finding of the research was that mice exhibiting PCOS traits put on more weight than mice in the control group (without PCOS), despite eating the same amounts of food.

“The PCOS mice were heavier, even when they ate the same amount of food as the controls,” Dr Solon-Biet adds.

“So there must be other mechanisms involved besides food intake that are causing the increase in weight gain. Studies have reported that weight management interventions may be less effective in women with PCOS than in women without PCOS.

“But our study suggests it’s not the amount of food that is causing the weight gain, hence identification of the other mechanisms involved could provide researchers with a new direction to develop treatments for the condition.”

The researchers say that the next step would be a clinical study to examine whether a Mediterranean diet has benefits for women with PCOS, as well as trying to discover the mechanism behind unwanted weight gain that affects so many women with the condition.

This study was supported by Project Support Funding from the ANZAC Research Institute and UNSW’s School of Women’s and Children’s Health.

How to Un-Diet as a Family