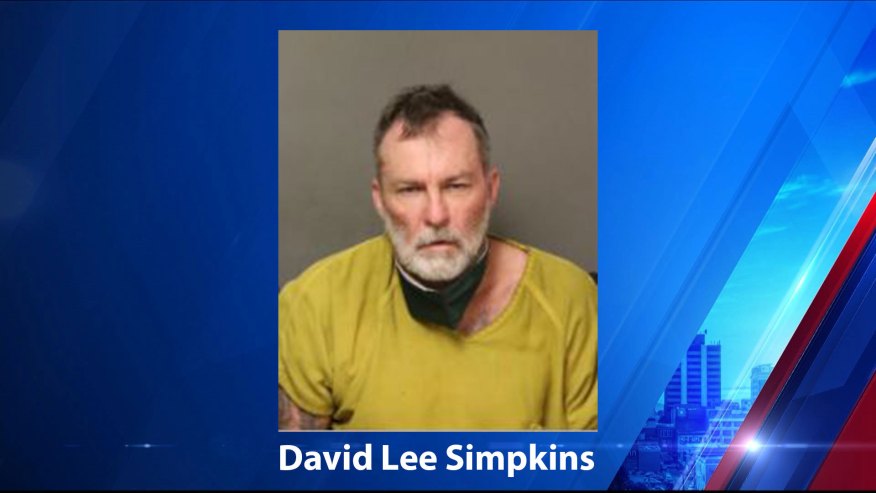 PULASKI COUNTY, Va.  — More than seven months after David Lee Simpkins allegedly robbed a Pulaski County gas station, the Commonwealth’s Attorney for the county announced Simpkins had been sentenced to more than 22 years in prison.

Pulaski County Commonwealth’s Attorney Justin Griffith previously said that on Oct. 12, 2020, Simpkins put on a wig and mask, entered a Pulaski County gas station, pointed a handgun at the store clerk, and demanded money from the register.

Brave Samaritan comes to the rescue during an armed robbery at a Pulaski Co. gas station

However, a customer — referred to by Griffith as a “brave Samaritan” — at the gas station jumped into action and fought back, even after being pistol-whipped by Simpkins.

Simpkins was jailed and charged with one count of armed robbery in Pulaski County.

According to documents from Roanoke Circuit Court, Simpkins also matched the description of a suspect in five to seven other robberies along the I-81 corridor.

Then, on Wednesday, May 19, Griffith announced Simpkins was sentenced to 22 years and four months in prison for robbing that Pulaski County business.

You can read the full statement issued by Griffith Wednesday below:

Today, Pulaski County Circuit Court sentenced David Simpkins for robbery of a local business in Pulaski. He received an active prison sentence of 22 years and 4 months.

In 2019, a parole board may have thought he deserved to be free but in 2021 a Pulaski County lead justice system ensured that our brothers and sisters in the Commonwealth won’t have to worry about him for another 22 years. He is returning back where he should have been all along, prison.

Our job is law and order and maintaining justice. We may not always win, but here in this County, we will always fight. Make no mistake; today is a victory, a victory for justice.”

According to Griffith, during the sentencing hearing, the Commonwealth said Simpkins “was released in 2019 after 56 felony convictions and 14 robbery convictions in 2019 by the Virginia Parole Board.”

Simpkins also has a court hearing scheduled for Aug. 19 in Botetourt County for a robbery.