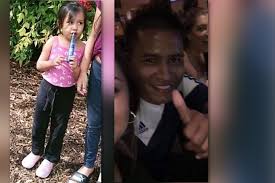 Brianna Reyes-Cordoza has been found and she is safe.

An Amber Alert has been issued for a 3-year-old girl that authorities believe was abducted out of Harrisonburg, according to Virginia State Police.

Authorities say they believe the toddler, Brianna Reyes-Cordoza, is in extreme danger. She is described as being 3 feet tall, weighing 36 pounds and was last seen wearing a red short sleeve shirt with Minnie Mouse on the front, pink shorts and pink sandals.

Authorities say there is no vehicle description at this time.