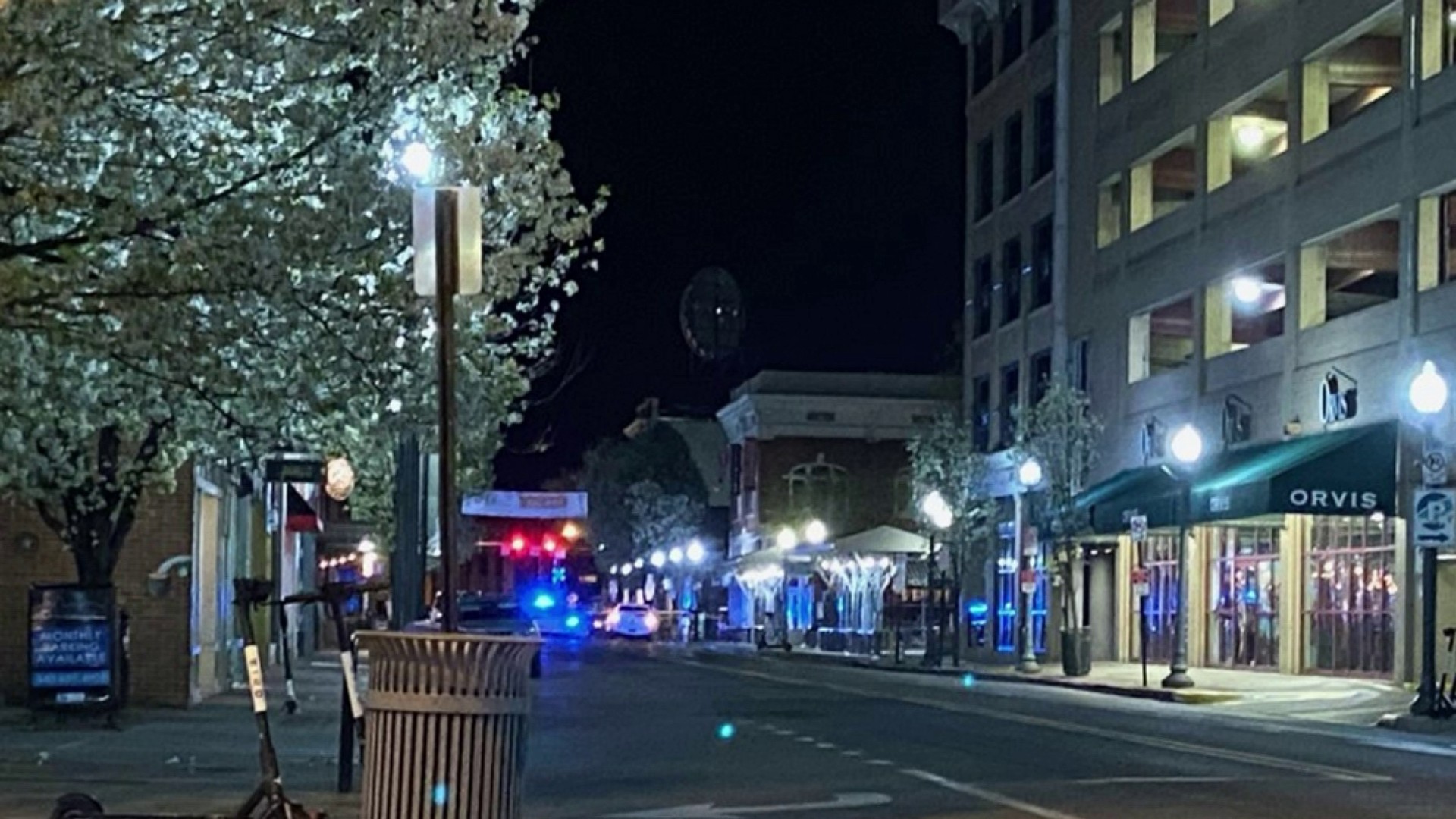 ROANOKE, Va – The man shot late Saturday night in downtown Roanoke has died, according to police.

The Roanoke Police Department announced on Thursday evening that 29-year-old De’Andre Kasey, of Roanoke, died after being shot in the 100 block of Campbell Avenue SE.

After being shot, Kasey was hospitalized with what police described as serious injuries.

One person was shot and has serious injuries after a shooting that happened in Downtown Roanoke Saturday night, according to the Roanoke Police Department.

At about 11:55 p.m., police said they responded to the report that a person had been shot in the 100 block of Campbell Avenue SE.

When police arrived, they said they were notified that an adult man with what appeared to be serious injuries from a gunshot wound had arrived via personal transport to Carilion Roanoke Memorial Hospital.

Officers said they found evidence of a shooting on the scene but didn’t find any other victims or suspects.

No arrests have been made, and the investigation remains ongoing.

Anyone with information about this incident is asked to call (540)344-8500 and share what you know. You can also text us at 274637; please begin the text with “RoanokePD” to ensure it’s properly sent. Both calls and texts can remain anonymous.

Police say there was a shooting in Downtown Roanoke Saturday night on Williamson Rd near Lux Lounge.

We’re told there was a large crowd outside. It happened just before midnight.

At this time the scene is still active. Stay with us for breaking updates.